After a long week we are finally home.  On Wednesday, November 4th Annabelle had surgery for the placement of a feeding tube (g-tube, PEG).  Everything went smoothly and the surgery took just over an hour.  She was in a bit of pain while waking up but we were there with her to give lots of hugs and kisses.

We moved upstairs and found out that she would not be allowed to eat for 24 hours.  She didn't understand and it was hard since she kept asking for milk and food.  Every nurse that came in would ask "is there anything I can get you or you need?" and she would sign eat or drink.  I think she thought maybe one would finally give in.

She has been tolerating her feeds great, no issues at all.  The act of eating is still confusing to her so she is asking to eat while being fed.  I get out something and after 2-3 bites she is done.  I'm sure it will take some time but eventually it will all come together.

They mentioned going home on Friday but it just didn't seem right in my gut.  So, we stayed an extra night and were discharged around 2pm on Saturday.  We had training on the pump and all the equipment, training on the tube and how to clean it (and emergency replacement), and our feeding schedule to get her up to the caloric intake she needs.  It's overwhelming but I have an amazing team and Brian has been helping with everything.

We were so lucky that the new Golisano Children's Hospital just opened a few months ago.  We were on 7 South and all the rooms were private and beautiful.  There was a huge play deck where the kids can run around and a play room with tons of toys.  We had lots of visitors for only being there 3 days so the room was rarely quiet which was great.  The nurses were beyond amazing and of course were in love with our girl <3.  While we were there someone from Child Life brought her presents from the Pirate Toy Fund.  We also were interviewed for NBC news to discuss the Pirate Toy Fund and how much it means to families.

Annabelle went back to school Monday and did great.  She does have some limitations as far as physical activities and no swimming (or baths) for 2 weeks.  She was happy to see all her friends and teachers at school and they were excited to see her back and doing well.  Now we can focus on the holidays coming up including her big 5th birthday in December! 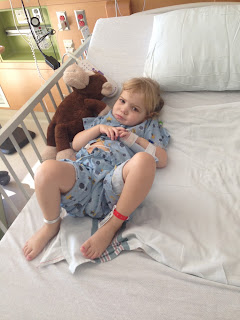 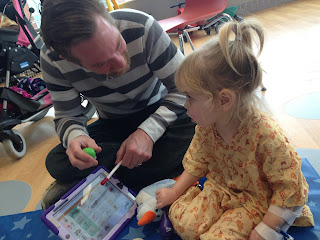 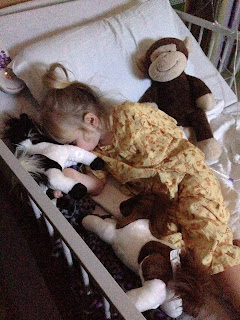 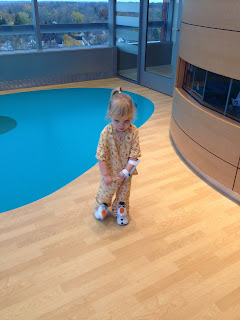 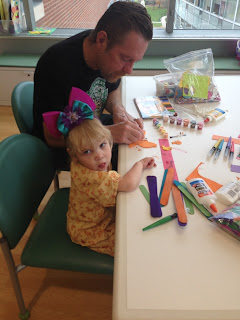 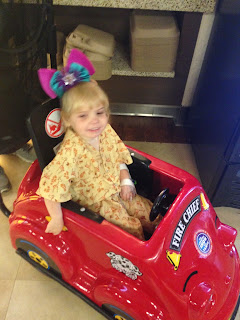 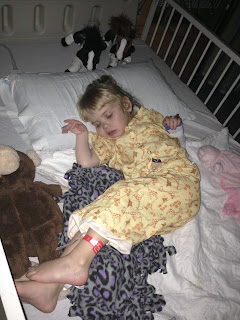 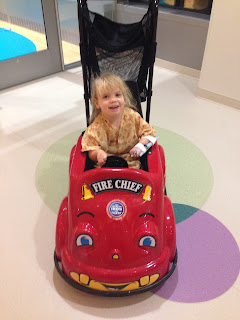