This week we went to our annual ortho appointment to check Annabelle's hips.  The surgery in 2019 was a complete success and they are now growing nicely so hopefully she won't have issues as she gets older.

Our January Jammies drive is almost at the end, we have collected 245 pair to donate to the Golisano Children's Hospital﻿.  A few more people have said they are dropping off some before we do the big drop off this week!

Brian went to get his first COVID vaccine this past Tuesday.  He goes for his second in 3 weeks.  No major side effects other than a little soreness in his arm.

The other big news is that Annabelle will be starting full day school 5 days a week on Monday!  It was a decision we have been talking about for awhile but wanted to wait until after the holidays and see how it went.  After looking at the schools numbers, lack of spread in the schools, & county COVID cases we decided it was time.  She is struggling with doing work at home, this will give her a solid 6 hours in school to interact and play with her peers and give her the afternoon for in class learning.  There are only 5 other kids in her class so we hope everyone will stay healthy!  She is so very excited, I'm excited I will have a little more time between the drop off & pick up. 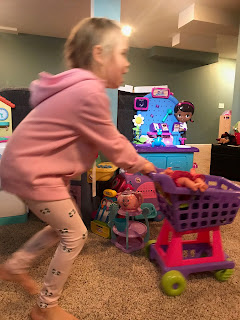 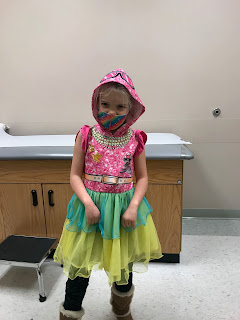 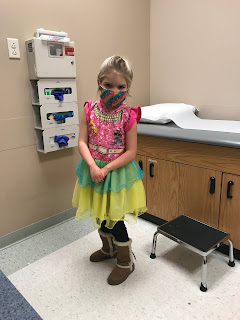 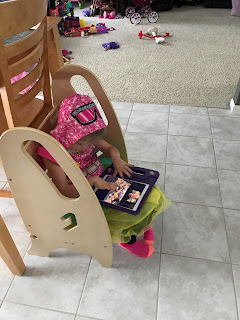 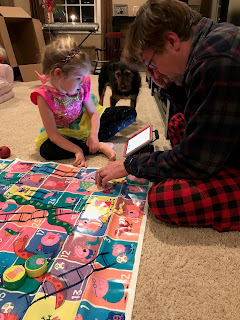 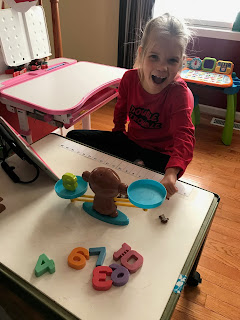 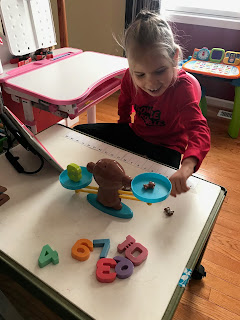 Posted by Annabelle at 5:31 PM No comments:

President Biden had his inauguration this week, we now have a new president & vice president.  First female VP in our history!  Annabelle learned about the inauguration in school then we watched it when we got home.  She was so excited to have a kind, loving man become president.

This week we didn't take many pictures.  Lots of playing at home, working on Valentines, crafting, and our first big snow of the year. 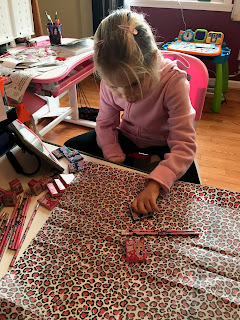 Posted by Annabelle at 5:56 PM No comments:

Last weekend we decided to post on Facebook that we were doing a January jammies drive to collect PJs for kids at Golisano Children's Hospital here in Rochester after Annabelle was in the ED.  We were hoping to get 100 pair, we were overwhelmed with the response and as of today we are at 180 pairs!!  We said that we would collect until February 1st so there is still 2 weeks to go.  Now I'm hoping for 250.  Lots of our time this week has been spent bagging each pair and labeling them with the size so nurses can easily identify them rather than having to dig through a box of clothes.

Annabelle has been loving her LOL surprise toys and wants to play with them all the time.  I'm getting better with my imagination play since we are still not playing with others in the house and she's not one to play by herself.  Brian even joins in to play to give me a break.  She has had a few playdates that included playing with other friends over facetime and comparing LOL dolls.

I have to say that she's been such a trooper.  Other than going to school we are home 100% of the time.  It's really too cold to go anywhere outside and we don't take her into stores.  Actually, we barely go into any stores except for quick trips for what we need.  I'm sure it's saved us money over the past year although our Amazon game is strong.  There were a couple days this week over 38 degrees so we went for a few walks around the neighborhood. 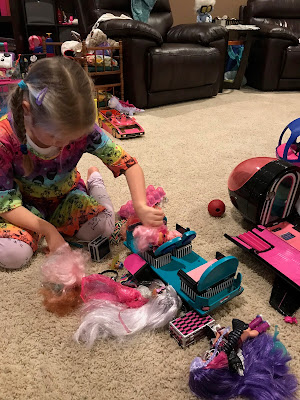 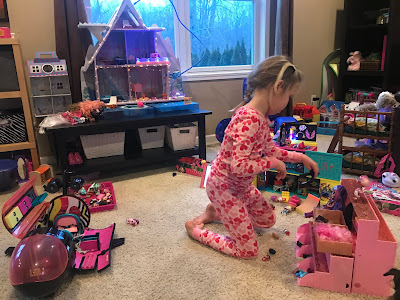 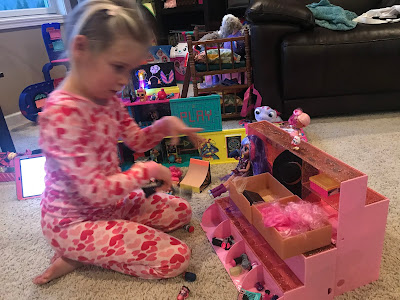 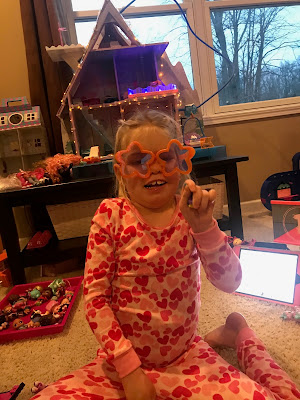 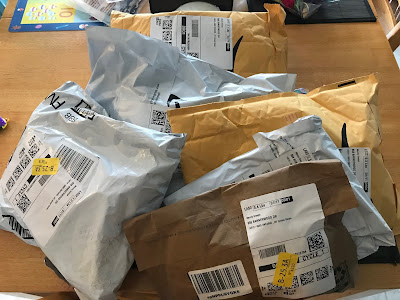 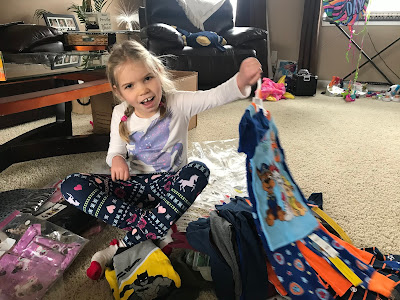 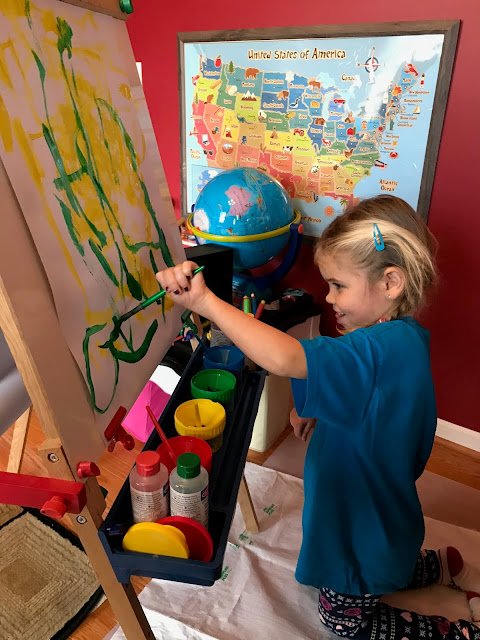 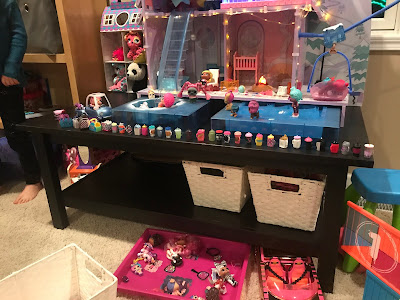 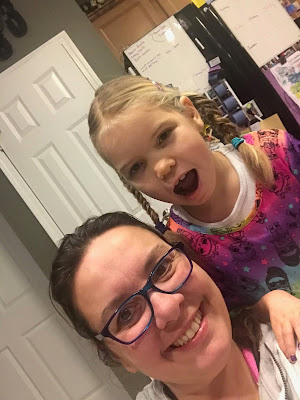 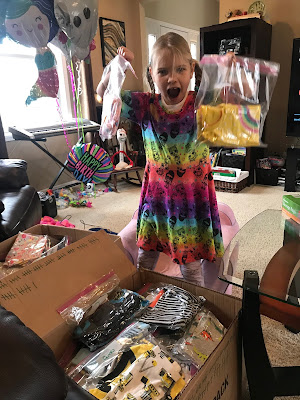 Posted by Annabelle at 3:25 AM No comments:

New year, 2021 and it's starting out a bit crazy in Washington.  This week the president urged a mass of his supporters to march to the capital and fight to take back the election.  Those people did just that and placed an attack inside the capital building.  It was so horrible to watch and in the end 4 people lost their lives, property was stolen and offices were destroyed.  Congress reconvened and finished their count to officially name Biden the 46th president.  It's honestly like something out of a movie, hard to believe it actually happened here.

Back in western NY, we have been busy with LOL's, back to school, and trying to keep busy while staying home.  Thursday Annabelle fell off her stool and hit her head.  She wasn't herself and about an hour after falling she started throwing up.  This was our first trip to the ED since Covid and I was dreading it.  Luckily the CT scan came back clear and we were home before midnight.  The nurse even brought us clean PJ's since she was sick on her extra pair.

The next day as I looked at Annabelle in those cute heart PJ's I thought that we need to give back to the hospital for their kind gesture.  I found out there is a foundation Ady's Pajamas that donates PJ's to the hospital and Ady actually picked out the cute ones Annabelle was wearing.  We set out to start collecting PJs with a January Jammies drive.  Friends from all over have been sending messages saying they ordered some from Amazon or are sending them.  A few even sent money via Venmo.  This might be the start of an annual drive!

The Christmas lights and decorations all came down this week but Brian is already planning on next years display.  He's going to do a pixel display to music!  I'm excited to see it come together over the next 10 months! 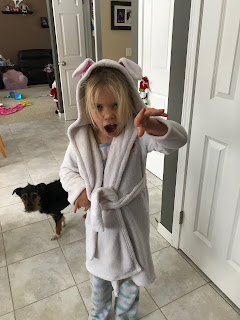 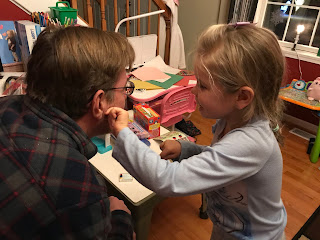 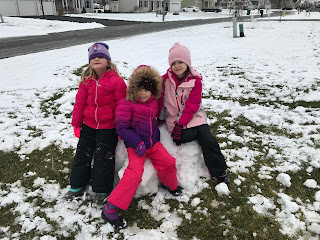 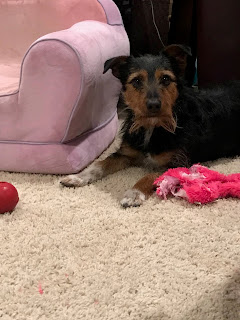 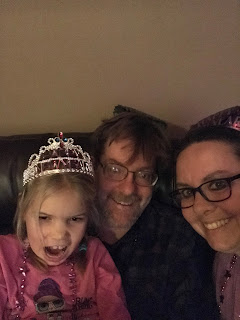 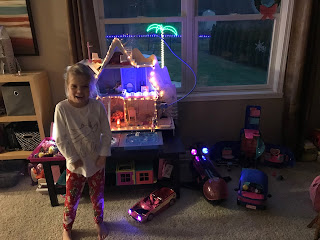 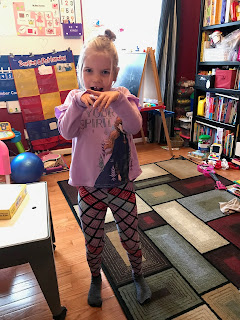 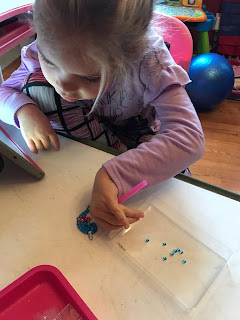 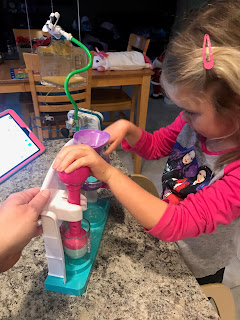 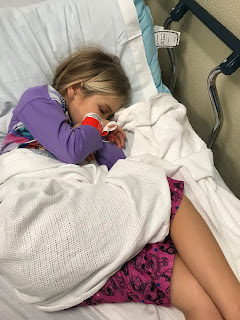 Posted by Annabelle at 6:09 PM No comments: