Things are going great this week, Miss Annabelle hit two pretty big milestones this week.  First on Wednesday night she rolled over twice from her back to her stomach!  She's been getting her feet up and over to her side for awhile now but she finally made it all the way over.  Then yesterday she started grabbing her feet.  Now we don't look away for a second when she's not on the floor!  She's also starting to enjoy the exersaucer and step & play piano a lot more.  She will kick her feet and move around.  We are noticing a little more arm movement, something we are working on daily.  I'm noticing that she's picking up toys more and will even pass them from one hand to another.  All these things have given us so much hope that she is going to be just fine, we just have to work a little harder to get there.
Father's Day was perfect, Brian loved the picture I made for him of Annabelle and the mug, cards, and world's greatest dad t-shirt.  After lunch we went out on the boat with Jeff & Carrie for the afternoon.  Then that night I cooked up some steak (on the cast iron skillet), potato and corn for his first Father's Day dinner.  Annabelle and I went to the Y again this week to go swimming.  She still loves it, she liked "standing" on the steps and jumping around.  I tried putting her underwater (by blowing in her face first), she wasn't a big fan.  I got some dirty looks from a few ladies in the pool, apparently they don't know that's how you teach a baby to go under.  I just smiled and gave her kisses, she forgot about it after a couple seconds and didn't even cry.  We had a little photo shoot this week so I have lots of pictures (what else is new).  I used flower pedals that I saved from our wedding and the black backdrop I bought last week.  Some of the other pictures are of her eating, a few in the exersaucer, and a few while playing. 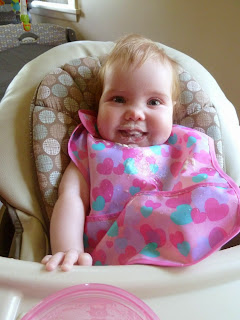 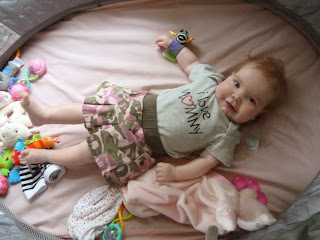 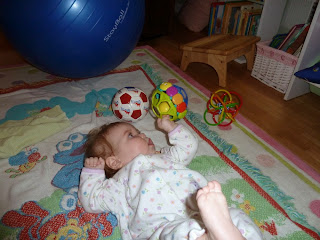 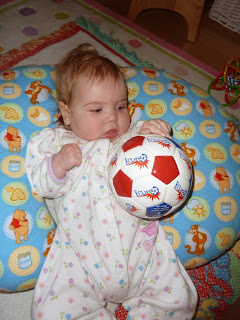 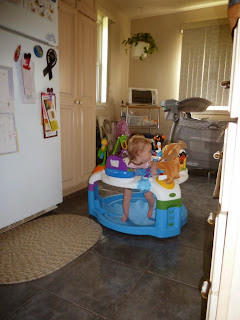 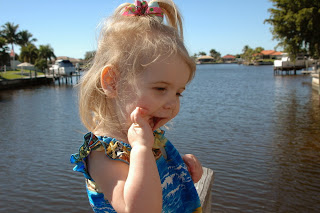 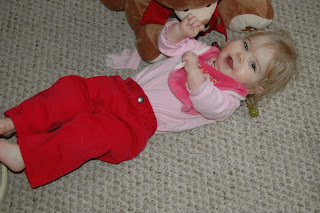 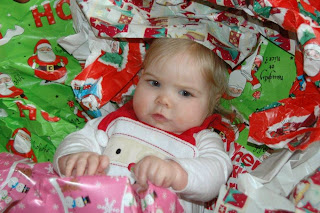 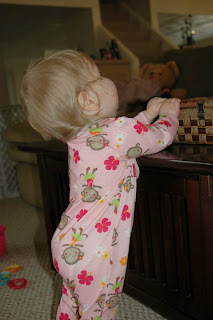 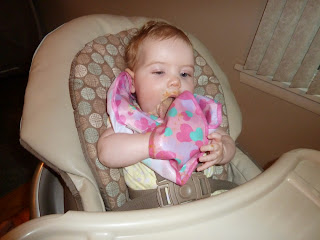 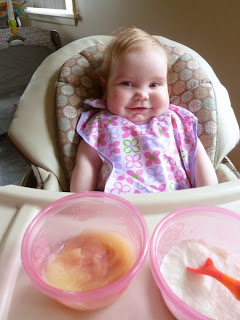 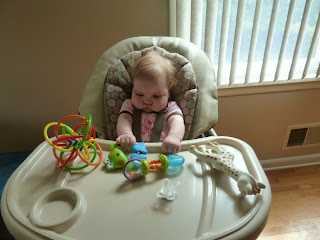 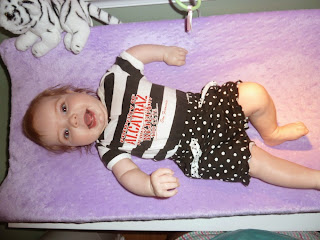 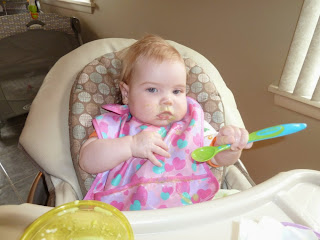 Love the pics. ..I can tell Annabelle loves getting her picture taken...just like her mommy did! .Can't wait to see you again! ♥♥♥